This site was developed to support the restoration of the Ashworth-Remillard House and help save it for the community.

Information on volunteering to work with the project or donating funds to help can be found HERE. 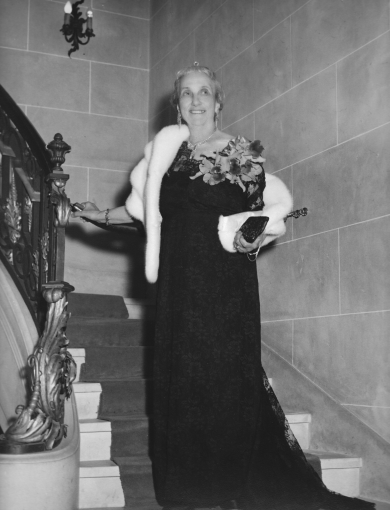 In 1854 three French Canadian Remillard brothers left their home near Montreal to find their fortunes in the California gold fields at Malakoff-Diggings near Grass Valley.  By this time, unfortunately, most of the gold had been claimed, but clay, there was a-plenty.  So, Pierre (Peter), Hiliare and Edward bought into a small brick-making firm near Lake Merritt in Oakland.  This was a smart investment, as the many fires that ravaged the Bay Area and new settlements arose, the demand for fire-proof brick buildings increased dramatically (Henry M. Naglee built the first one in San Francisco).

Their firm was named Remillard and Brothers, and they opened an office and yard at Clay and 2nd streets, Oakland, and a brick plant in nearby Brooklyn.  In 1879, the firm incorporated to become the Remillard Brick Company.  Peter N. Remillard was President, Phillip Hilaire Remillard was Vice President, and P.H. Lamoreaux was Secretary.

The Remillard Brick Company, of which the Green Brae Brick Kiln is the only surviving brick kiln structure, was by 1900 the largest brick-making firm on the Pacific Coast.  The kiln is one of the few remaining examples of the Hoffman type kiln in the U.S. and is an engineering landmark of statewide significance.  The kiln supplied much of the brick required to rebuild San Francisco after the 1906 Earthquake, and the Remillard Brick Company served as a chief supplier of bricks for the entire Pacific coast.  It was closed in 1915.  California Registered Historical Landmark No. 917.

During the 1860’s and post Civil War, the demand for brick was so great it required the Remillards to find other sources of clay, so they established plants in San Rafael in 1870 and in Greenbrae in 1889.  Soon there was the Pleasanton Brickyard.  A point of interest, when other local companies couldn’t meet production schedules, the Remillard Company filled their orders from one of their many Brick Yards.  This was the same situation with other Brick Yards including San Jose.  The number of clay deposits in the privately owned Remillard land supplied decades of brick products.  Ledgers found on the San Jose property show many orders filled, for other brick company’s low on product, while building and rebuilding the Entire Bay Area.

In the fall of 1891, Remillard purchased the Ashworth farm of 160 acres, located on the east bank of Coyote Creek at the end of Keyes Street, San Jose. The price was $54,000. (as noted in one Ledger).

The San José farm was owned and by built by James Ashworth, another gold rush pioneer who settled here in 1854.  (The Ashworth home, built in 1864 still stands.  It is now a registered City Landmark and on the list of National Historic Sites).  The west-side of the Ashworth Property included the Coyote Creek, the banks of which provided particularly rich clay.  The Bridge over the creek was called “Ashworth Crossing” and is listed in the directories of San Jose during the Ashworths’ residence.  Pierre and his family spent summers on this rural property.

The San Jose property had a clay deposit of over 30 feet thick.  A dragline scrapper and donkey engine were used to mine the yellow clay.  The clay was loaded into railroad cars and then hauled 250 yards to the mixing and molding plant.  The plant and kiln were built in 1892.  No special preparation was used.  The clay contained the right amount of sand to make perfect bricks.  Bricks were molded in wooden molds of six bricks per mold.  The green bricks were then laid on the drying ground before it was fired in the kiln (see picture).  One Hoffman continuous kiln was used to fire the brick.  The kiln was inside a building 1,000 feet long and 90 feet wide.  The kiln had a capacity of 50,000 bricks per day.  This plant produced 13 million bricks per year.  Since about 1895, all of the Remillard pressed bricks came from this yard.  It employed 125 men for six months.

Bricks were made from this “creek” clay until the company was shut down in 1968.

The Remillard families were successful owners of brick manufacturing plants in the San Francisco Bay Area of California, from the mid-1800s to the mid-1900s.

It was said they built the city of San Francisco twice.  Once: before the great earthquake and fire of 1906.  And then: again, after the earthquake.  One building alone, the Palace Hotel, required 1.5 million bricks to complete.